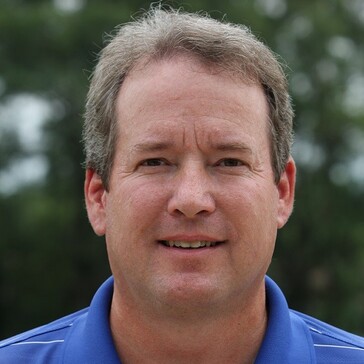 Known for his innovative and progressive approaches to golf instruction, Steve is the architect of the Nike Golf Learning Center at Reston National Golf Course. The NGLC facility was recognized as the No. 1 Nike branded golf school in the country. Stave has been part of starting over 10 golf academies, Including the Nike Golf Learning Center (Reston VA 2002-2019) and started the Game Improvement Center at 1757 Golf Club (Asburn VA 2009 - present).

Steve is an expert at teaching players of every level from beginners to professionals. He has worked the golfers that are taking their first swing to coaching the Virginia “Player of the Year” to college “All Americans”

A golf professional for over 30 years and PGA member for more 20 years, he was the Director of Instruction for the NGLC for 14 years. Steve’s drive to grow the game of golf has produced facilities that boast some of the top junior programs in the county (Reston & 1757) with its junior academy and summer camps benefiting more than 1000 students annually.