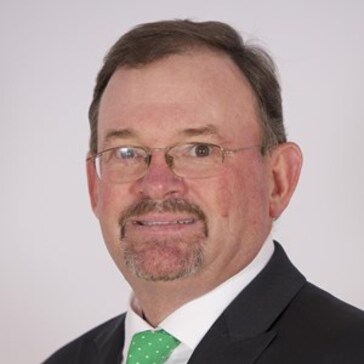 Scott King has been a Class A PGA member for 27 years and has served as a Division I Head Men’s and Women’s Golf Coach for the past 22 years, before retiring in December 2019.  Scott established the US Kids Golf Tour in the Northern Virginia area and Directed the Tour for eight years.

Scott’s coaching career began as the Director of Golf at the College of William and Mary, serving as both the Men’s and Women’s Head Golf Coach.  He led The Men’s team to their only NCAA Division I Regional appearance in 2002 and was voted CAA, VA State, and NCAA East Region Coach of the Year.  He also was the Head Women’s Coach at Eastern Michigan University until returning home to be the Head Men’s Coach at George Mason University for the past fourteen years.

As a PGA Professional, Scott has worked as an assistant at several prestigious facilities, including the Hound Ears Club in Banner Elk, NC,  Bent Pine CC in Vero Beach, FL, Sparrows Point CC in Baltimore, MD, the CC of Fairfax in Fairfax, VA, and the Kingsmill Resort in Williamsburg, VA..

While being a student of the game and a prominent teacher, Scott focuses his instruction more on playing the game than the technical aspect.  Although efficient with modern technology to improve your swing, ball flight, and short game, his focus is on “coaching” you on how to score better.  Statistical aspects, course management, and developing a personalized game plan will ensure that each player he works with can and will shoot better scores with a minimum of physical changes or corrections.

Scott will be assisting with the Elite Junior Golf Academy, offering individual and group instructional classes, and personalized coaching opportunities to players of all ages and abilities.